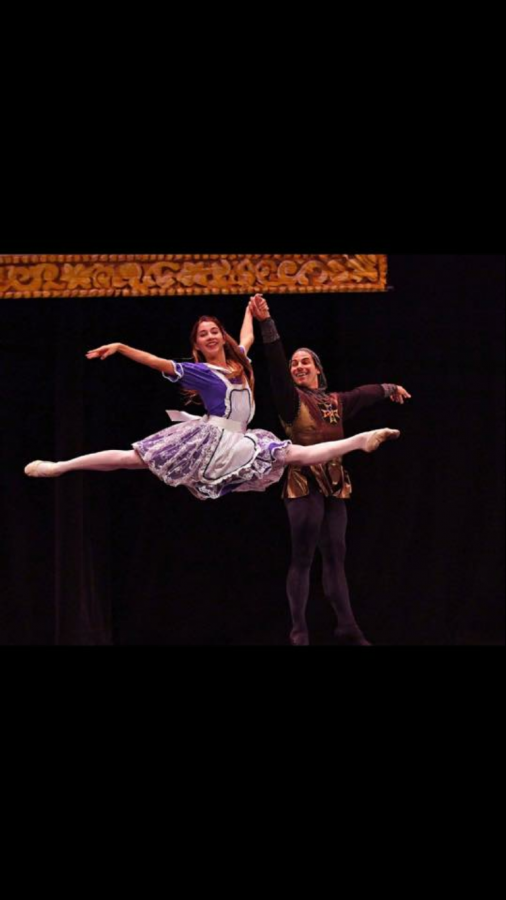 Moorea Pike dances in Alice in Wonderland. She has danced in multiple performances over the years, including The Nutcracker, Sleeping Beauty, and Texture in Time.

This Saturday and Sunday, Oct. 12-13, the enchanted story of a prince and a glowing, sprightly bird fighting against the forces of evil will be brought to life at the Irvine Barclay Theatre. Firebird is an old Russian folktale and myth that was first performed back in 1910 and is now being performed once again nearby. Moorea Pike, a senior at LBHS and pre-professional ballet dancer, will be starring in this performance.

“It is the lead role,” said Jesse Pike, Moorea’s father, “so the expectations are extremely high.”

Moorea has been a pre-professional dancer for about seven years now, having started ballet at three years old before taking it more seriously by age 11.

She has participated and placed in the Youth America Grand Prix (YAGP) in both the junior and senior divisions. In 2017, she performed her solo as Kitri for the final round in New York.

Her other notable performances include performing as Clara in The Nutcracker, Alice in Alice in Wonderland, and Yellow Fairy in Sleeping Beauty.

“One that I did last year was a neoclassical, contemporary dance, and it’s called Texture of Time, and it was like more like a contemporary style,” said Moorea. “That was probably my favorite.”

She has also been a semi-finalist for the 2016 and 2017 Los Angeles Music Center Spotlight Awards for classical ballet as well as for the 2019 Orange County Register Artist of the Year.

Moorea’s achievements, however, have not come without bumps in the road.

“It was the regionals in San Diego of the nationally based competition, YAGP. Despite her sickness she won first place in her category landing her in the finals in New York,” said Jesse Pike.

Moorea acknowledges that she’s had the right team over the years to propel her and help her navigate the difficulties in her journey.

“My parents have helped me and always supported me,” she said. “My teachers have always believed in me, even when I doubted myself.”

If you’re interested in ballet and supporting your fellow LBHS Breaker, attend Firebird at the Irvine Barclay Theater on Oct. 12 at 7:00 p.m. or Oct. 13 at 2:00 p.m.

“Words cannot express how I feel about her. I am beyond proud of her,” said Elaine Pike, Moorea’s mother. “The amount of courage and pressure it takes for her to take on a lead role is astounding.”