What we can learn from the Astrodisaster 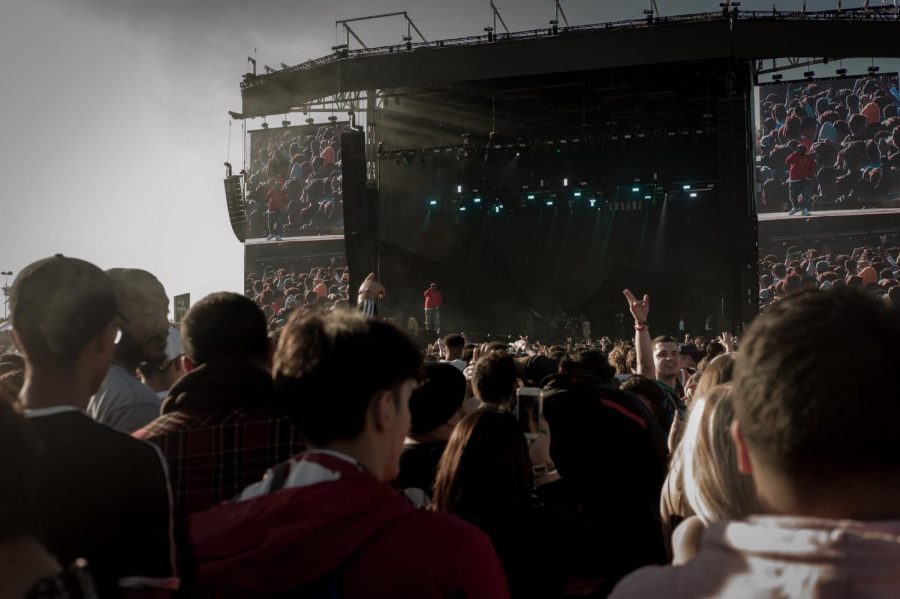 (Photo by Alexander Londoño, licensed under the Unsplash License)

Concerts are something everyone looks forward to. People spend countless days getting ready to have the time of their lives. When one thinks about a concert, the first thing that comes to mind is music, entertainment, and overall fun. However, most people do not understand the risks and safety precautions they need to take when attending a concert. Tragedies take place at these events all the time, and it can risk putting you in danger.

I have been to many concerts and have seen people push and shove others around them just to get to the front row, but what took place at Travis Scott’s concert was something I have never experienced or seen before. The safety of everyone at concerts should be the top priority for not only the artist hosting the event, but also security. Astroworld, Roskilde Festival, Cincinnati Riverfront Stadium, and countless other festivals throughout the 2000s have left people injured or even killed. Simple mistakes like selling too many tickets can lead to overcrowding and accidents. Security is there to protect the guests, not let people jump fences, shove people to the ground and trample all over them. It is inhumane the way people act just for the sole purpose of wanting to get a better view of a performance.

“Cologne, thank you for such a beautiful night and amazing show. You were such an energetic crowd but as most of you know… we had a few girls faint and have seizures. I sat with them backstage until they weren’t [sick] but please, please do not push each other, we are a family and need to all treat others as such.” said Madison Beer, a well-known influencer.

At one of Beer’s venues, fans began to have seizures, and she did everything in her power to cancel the show and help the girls get immediate medical treatment. This is what an artist should be doing rather than continuing their show for some extra money and entertainment.

Billie Eilish, another singer had a fan nearly faint at one of her small performances, and she responded with urgency and care for her audience. When the artist heard the girl’s friends saying, “My friend is about to pass out, do you have any water?” Eilish stopped the music, grabbed a bottle of water, then told her fans, “I care about you all so much, does anyone else need water?” This is the correct response artists should be giving their fans.

On Nov. 5th, 2021, thousands of people were lining up to watch Travis Scott perform in Houston, Texas. The crowd began to grow and everyone wanted to be in the front for the performance. Fans began to get violent and shove others to the ground just for a good view. This led to people laying on the floor, unable to stand as they were being trampled and losing consciousness. The people in the crowd began struggling to breath and were screaming for help, climbing on the video camera platform to gain attention for medical help.

Travis continued his show as his songs were matched with horrific screams. After nearly 40 minutes the music was finally put to a stop. Ambulances were trying to get through the crowd and help as many people as they could. Ten people were pronounced dead: Axel Avila (21), Danish Baig (27), Ezra Blount (9), Madison Dubiski (23), John Hilgert (14), Jacob Jurinek (20), Franco Pitno (21), Rodolfo Pena (23), Brianna Rodriquez (16), and Bharti Shahani (22). Thousands of people were left injured and were lucky to make it out alive. This was not only a tragedy, it was also a wake up call. The lives lost were completely avoidable had the situation been controlled from the beginning and responded to by the artist and security.

After the events that occurred in Houston, Scott tweeted, “I’m absolutely devastated by what took place last night. My prayers go out to the families and all those impacted by what happened at Astroworld Festival. Houston PD has my total support as they continue to look into the tragic loss of life. I am committed to working together with the Houston community to heal and support the families in need. Thank you to Houston PD, Fire Department, and NRG Park for their immediate response and support.”

His dull response and the 40 agonizing minutes it took him to stop performing truly show the lack of empathy he felt about the events. Hundreds of artists have been performing and technical issues have taken place or the venue is attacked. Normally, people will begin to blame them for the tragedies that just took place but most of the time they are not accountable for the damaged property or tragic losses of fans.

Ariana Grande, a very well known singer, was performing in Manchester. After the concert had ended, the people in the venue soon heard an explosion and screams broke out, people running to the exit. Grande had made it out of the building prior to the explosion but greatly grieved for the 21 people who lost their lives. Grande is a celebrity who will do anything for her fans. She raised money for the families who lost someone and also wrote a letter responding to the attack itself.

These are the steps and actions artists should be taking—not letting this music play on and ignoring your fans crying for help. Artists need to learn how to respect and keep their fans alive, especially through hiring security that will protect and do their job correctly.