Gianluca enlightens us about his life 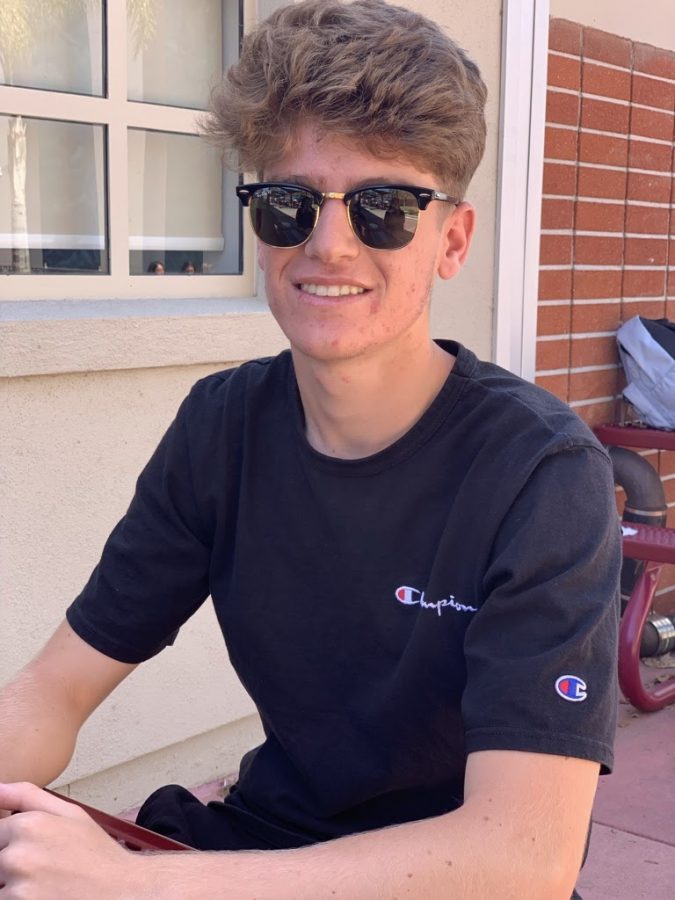 Gianluca beams with pride as he gets ready for his first interview.

LBHS Senior, Gianluca, has been playing soccer for as long as he can remember. Making varsity in his junior year, he is now going into his senior year.  He is hoping to have a great season with the varsity team.

Q: How do you feel about being a senior?

A: “Obviously, I’m not happy about having to leave next year, but when one door closes, another one opens. It’s cool to be the bigger kid on campus. Being a good influence on the other kids and trying to push them the right way. Also, it’s the most fun and happy I have ever been in school because it’s the way this year is going so far, I’m just so happy.”

Q: What is the best part about being a student at LBHS

A: “Other than the fact that we live in beautiful Laguna Beach, the staff and students here are really nice and I enjoy the spirit that goes on here and the vibes. This is where I grew up, so I just love being here. This is my last year, so I am just trying to take it all in.”

Q: Are you looking forward to your last soccer season? How do you feel about it?

Q: Why did you decide to start playing soccer?

A: “I have been playing soccer since I was a kid. Even when I came home from the doctor when I was just born, my dad was having me watch a soccer game. I’ve always wanted to play highschool soccer at Laguna Beach since I was a little kid. It wasn’t even a choice for me, it was just gonna happen. “

A: “The people who inspire me most to play soccer, or just inspired me in general, were the group of people on the Inter Milan (2009- 2010) team when we won the Italian league, the champions league and the Italian cup. That team was just so special. The amount of personality and the amount of pure brilliance in that team from the coach to the staff. Everything was just top down perfect. Everything is just so memorable and it inspired me so much to do so many things.”

Q: Where do you see yourself in 10 years?

A: “Well, I don’t try to make expectations for anything, but I do see myself going down a few different paths with either soccer or my interest in aviation. Maybe being a pilot or something down that path. Ultimately, I would love to become a soccer player, but keeping it realistic I think being a pilot, co-pilot or just simply doing something in aviation or maybe in the soccer world. It all depends on the next few years.”