Breakers take it home at Homecoming 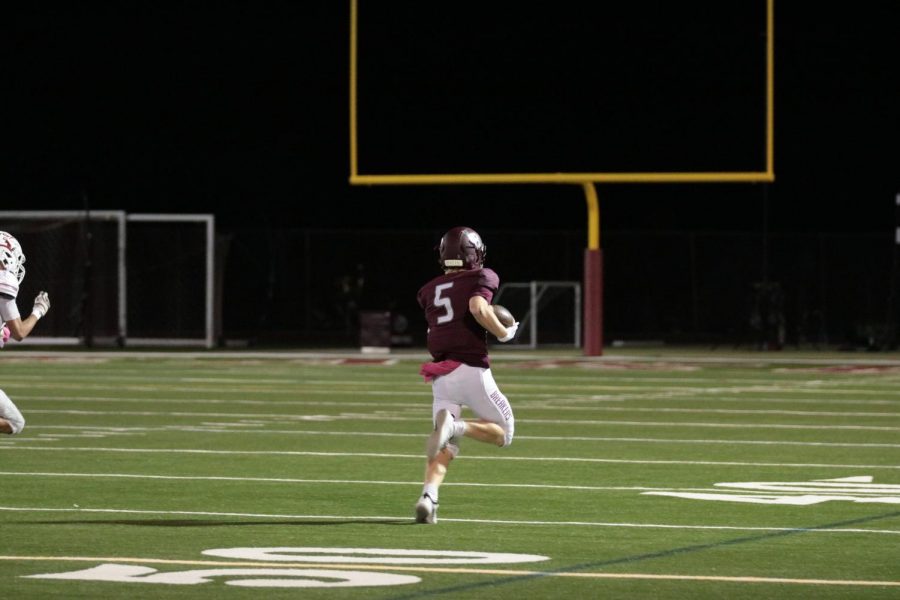 The Laguna Beach Breakers Football team kicked off the 2021 Homecoming festivities by taking on the Ocean View Seahawks on Friday, October 22nd. The Breakers came into this game with an impressive 6 game winning streak as well as a 7-1 record overall. Led by seniors Will Bingham and Rowen Johnson the Breakers were looking to make a statement in this game as a win would guarantee them a playoff berth and the first place ranking in their league. The game started with both teams exchanging touchdowns as a defensive lapse by the Breakers on the kickoff led to Ocean View scoring within the first 30 seconds of the game. However, the Breakers answered right back as Bingham found sophomore Jacob Diver on a deep pass for a touchdown on their first offensive play. Following this back and forth, a string of elite defensive possessions, as well as efficient offensive drives, highlighted by an 85 yard touchdown from senior Tyler Fields, the Breakers jumped out to a 28-8 lead at the half.

As the first half winded down the student section began to thin-out as hundreds of students flocked down to the field for the annual homecoming halftime dance.  Students from all grade levels showed off some of their best moves and, barring a technical malfunction during the sophomores performance, as well as the juniors graduation being postponed until the year 3203, everybody had a great time.

After the halftime festivities, the Breakers were ready to lock-in for the second half and hold their lead for the remainder of the game. The team didn’t miss a beat, scoring on the first possession once again and never looking back. Not only did the Breakers score time and time again, finishing the game with 48 points, they also held Ocean View scoreless throughout the second half until the last possession of the game. At that point, however, the damage had already been done. The second half was highlighted with interceptions from both senior Jack Arntz and junior Sam Garwal. The final score was 48-14 Breakers, pushing their record to 8-1 and locking them in for the playoffs. Seniors Tyler Fields and Will Bingham both had stellar performances finishing with 5 touchdowns and 2 passing touchdowns respectively. Another notable achievement came from sophomore Jacob Diver who broke the school record for touchdowns by a sophomore. 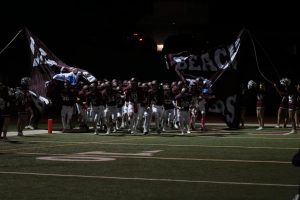