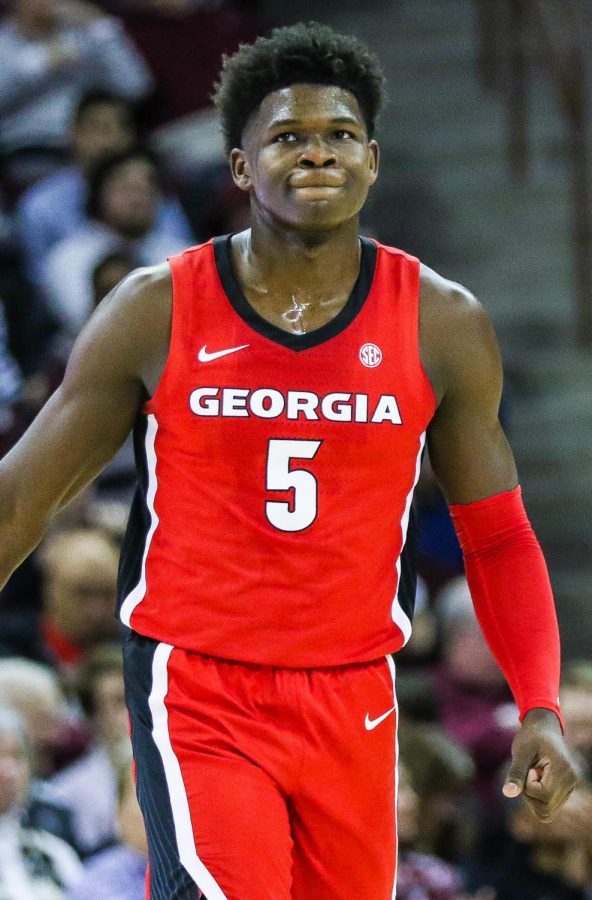 The Warriors have had success in the draft in the past. They may draft Edwards (above) to continue this trend.

As of today, the NBA draft is set to take place on Thursday, June 25 even though the NBA season has been halted due to the coronavirus pandemic. Teams will pick the best young talent from around the world in order to fulfill their teams’ needs. Here is a mock draft for the top 10 picks.

The Warriors should look to select Anthony Edwards with their pick, for he can score in a wide variety of ways and would be an excellent addition to Warrior’s elite backcourt. He arguably has the most trade value as well if the warriors wish to deal him and other pieces for a proven star.

LaMelo has the best playmaking ability in this year’s draft. He does need to improve his scoring efficiency and defense, but he has the potential to be a star alongside Russell and Towns.

Okoro is an excellent defender and has the ability to guard multiple positions. He does need to improve his scoring a bit, but his defense would complement Trae Young’s offense in the backcourt.

Although he is not fully developed, he has shown elite upside. His high free throw percentage shows that he may have the ability to become a formidable shooter in the NBA.

Although he is not the greatest three point shooter out there, he likes to get downhill and is very crafty, especially for a forward. He would be a great fit to the Knick’s young roster.

He possesses great size for a point guard at 6’5” and a 7’0” wingspan. He is a great playmaker and is one of the most NBA ready players. Drafting him would likely mean trading Kris Dunn though.

He is an amazing athlete and profound defender. Onyeka has the ability to switch in the pick and roll game and guard multiple positions. He can do a bit of everything and has proven that he can make big time plays.

He does not have the greatest shot or mid-range game or else he would be a lock in the top 5. Hampton is a shifty athlete and has a good change of pace, which allows him to get easy buckets. His athleticism and hustle would bode well with the current Wizards roster.

The Suns will probably be looking for a point guard to have alongside Devin Booker in the backcourt. At this point in the draft, Cole Anthony is the best point guard available. He has the ability to shoot from all around the court and can get hot quickly.