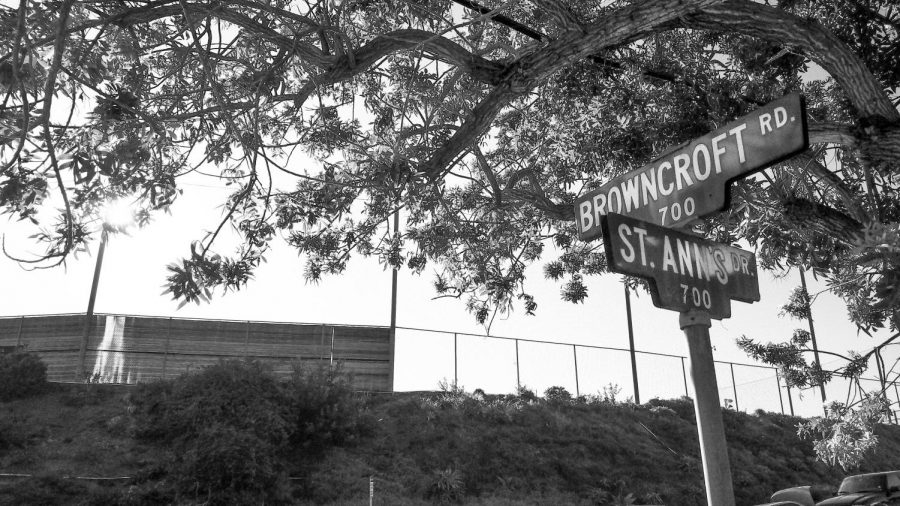 Browncroft Rd. residents live next to the high school's baseball field, roughly beneath left-center field. Reports from neighbors and students alike indicate that an unidentified vandal has recently keyed cars parked on this street.

On Tuesday, Jan. 8, four students returned to their parking spots on Browncroft Rd. to find large scratch marks on their cars. Although no one has been charged for the vandalism, this incident brings up a common concern for students and neighbors who park near the high school.

Whether it was a student, neighbor, or someone else, these senseless acts were no small inconvenience.

“It makes me feel pretty disgusted and angry because I don’t understand why somebody has to do this just to prove a point. It would be so much easier if they would’ve left a note or something. Vandalism and damage to somebody else’s property is pretty horrible,” said senior Phoebe Radisay, who initially believed a resident of Browncroft Rd. may have been trying to deter students from parking on that street.

The vandalism resulted in unnecessary costs, wasted time and added stress for those directly affected. One of the most frustrating parts for these students is not understanding the reason for the destruction of property. The result of these crimes has a lasting effect on the victims who fear the consequences of parking there again.

“I will for sure never park there again, so in a way, if it was a neighbor, they accomplished the goal of not getting me to park there. It really sucks too because there are not a lot of spots near the baseball field, and I come late to school because of my free first,” said senior Kolton Freeman, who received a long scratch mark along the entire side of his car.

Students are not the only ones affected by these crimes. Along with LBHS students, some occupants of houses around the high school reported similiar damage to their vehicles, making it hard to decipher the reason behind the crimes.

“As we figured out it was more cars, we thought it might be someone who lives in the area that’s mad that we are parking there as high school students. Though as we talked to more and more neighbors, they started saying ‘our cars have been keyed too’ and stuff like that,” said Radisay.

The vandal’s identity and motive are unknown, and it is important not to jump to conclusions without evidence. Anyone who has driven around the high school during the school day can see the scarcity of parking spots, leaving some students with no other option but to park in the school’s surrounding residential areas.

According to Corporal Cornelius Ashton, there have been three eports of vandalism at the school this year, though he believes many incidents go unreported.

“The students were parked in legal locations. I believe these acts were random and were not conducted by any neighbors. However, this investigation is still ongoing,” said Ashton, who has been working alongside the investigation team to identify suspects.

Ashton explained that “the crime of vandalism is a very significant charge that could potentially rise to a felony charge.” He cited California Penal Code section 594(a), which states, “If the amount of defacement, damage or destruction is four hundred dollars ($400) or more, vandalism is punishable by imprisonment.” Significantly, the original quote for the repair to one of the victim’s cars was $1,200.

Police patrols around that area have increased. The Laguna Beach Police Department encourages students and staff members who have had their cars vandalized to report the incidents. Corporal Ashton can be reached at (949) 497-0773 or [email protected].