The tragic love story of Romeo and Juliet 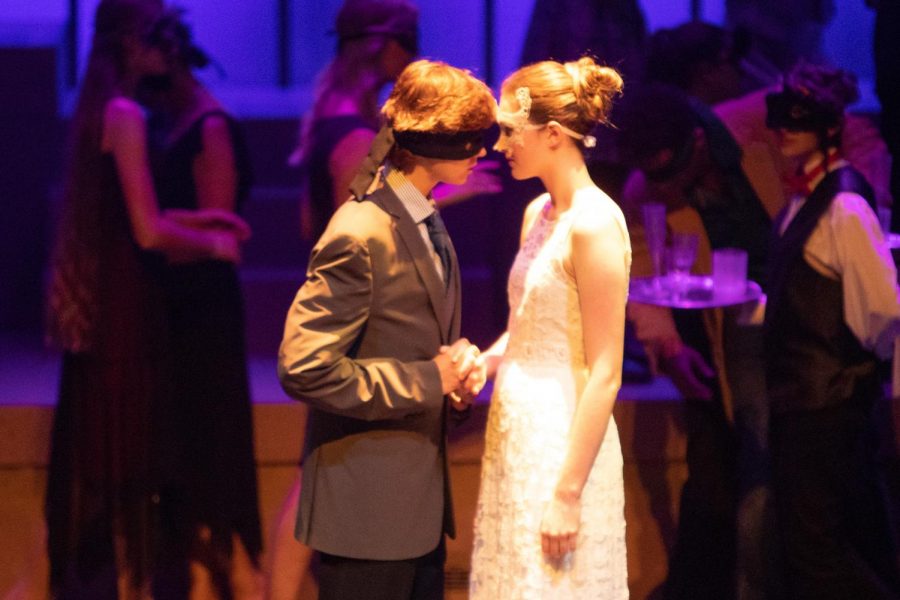 On Friday Nov. 2, the Park Avenue Players held the opening night of their fall play Romeo and Juliet in the Artists Theatre. The show ran for two weekends and closed on Sunday Nov. 11.

“We haven’t done a Shakespeare play since I came here to the high school four years ago. They had done A Midsummer Night’s Dream the year before I came, so I wanted to make sure that each generation of students had an opportunity to work and hear the text,” said drama teacher Alexis Karol.

Similarly to drama productions in the past, Karol brought in outside, professional help. Guest director Michael Irish is not only a professional Shakespearean actor, but he is also a 1999 alumni of Laguna Beach High School and a former Park Avenue Player.

“I think there’s something really unique and special about having an alum direct because he has literally been where the kids are. The day of our first rehearsal, he realized that he was directing these kids in a Shakespeare play that will be performed in the Artists Theatre, which is where he performed in his first Shakespearean play. That changed the trajectory of his life, because it eventually became his livelihood, so it’s really special to be able to create an opportunity where he can pass that down to the students,” said Karol.

Irish and the assistant director Celena DelPizzo-Howell decided to put a modern twist on the classic. Rather than having the play set in the traditional 13th century, Irish and DelPizzo-Howell set the play in modern day Verona. This artistic choice was meant to remind the audience that these themes of love and the complexity of emotions will always be relevant to society.

“We’re not setting it in the time that it was written. We’re setting it in present day, so the hope is that that will make it more accessible for our audiences because a lot of the themes in it are present today. People who don’t know Shakespeare well or haven’t studied it, tend to say ‘oh that’s old school,’ and yes the language is heightened, but the story and the themes in it are timeless,” said Karol.

Many students know the story of the two star-crossed lovers and the tragic ending. The 9th-grade honors English classes actually read Romeo and Juliet in their curriculum, and many other English classes cover Shakespeare’s other works, such as Othello, Macbeth and Julius Caesar. The production brings Shakespeare’s work to life on the stage and offers a different experience to students, who typically encounter Shakespeare as text.

“Performing the play on stage proved very different from reading it in class. After further analyzing it, the characters became less like these faraway, classical characters, and more like actual teenagers who are falling in love for the first time,” said junior Zoe Waters, who played Juliet opposite of junior Charlie Besso as Romeo in the production.

The rehearsal process was intensive for the actors, including rehearsals from 6:00-9:00 p.m. on weekdays and 1:00-4:00 p.m. on Sundays. For many participants, it was their first Shakespearean play. Karol knew the text would be challenging for the students to learn and memorize, but Irish worked one-on-one with them to help them break down the text.

“To put on a Shakespearean play is no easy feat; it takes the focus and dedication of everyone involved in the cast. Working with the language was difficult at first, but it didn’t take too long to warm up to. Learning the lines themselves became easy once I thought about them more like music than straight prose. The fact that all of my lines were in iambic pentameter helped because if I was memorizing the wrong words, saying them out loud would sound unnatural,” said Waters.

The Park Avenue Players still have more in store for them in the drama season. Next up are their spring musicals Joseph and the Amazing Technicolor Dreamcoat and Little Shop of Horrors. Anyone on campus is invited to audition, even if not enrolled in the Drama/Theater II class.