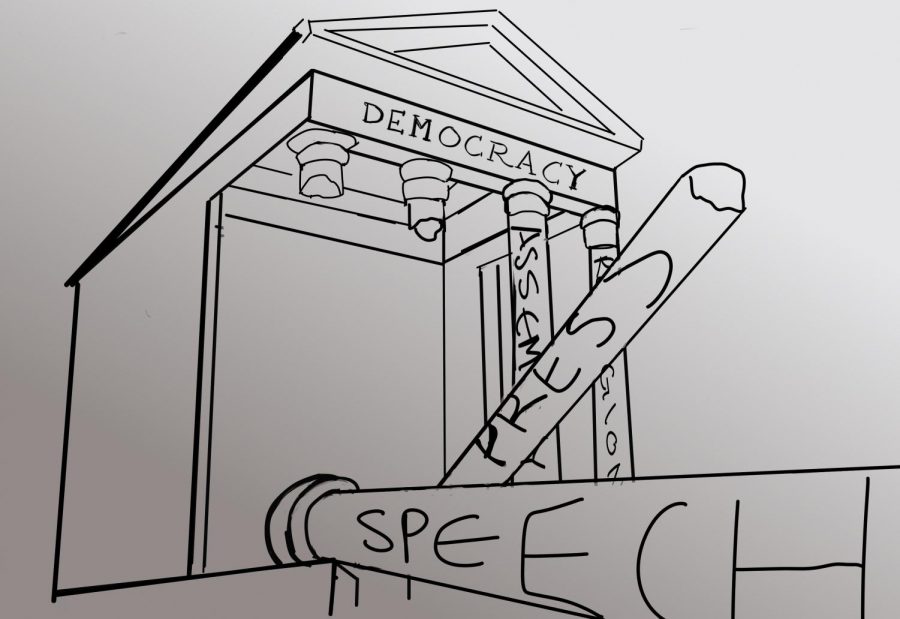 The reason Freedom of the Press was included in the First Amendment was that our Founding Fathers and authors of the Constitution understood how important that right was; it is critical to democracy for the people governed to have access to information from a variety of outlets. What used to be solely printed press, journals, or newspapers has now evolved into social media, tv shows, online news as well as printed press. It is up to the listeners of information to decide what they will listen to, it’s a freedom of choice.

“If you want to preserve democracy as we know it, you have to have a free and, many times, adversarial press . . . And without it, I am afraid that we would lose so much of our individual liberties over time,” the late, great Senator John McCain said in an interview. (Washington Post February 19th, 2017.)

Journalists across the nation, including the budding journalists here at LBHS, have the hard task of upholding the truth in every situation. In journalism, we are governed by Education Code 48916. In short, it states:

“Students of public schools shall have the right to exercise Freedom of Speech and of the Press including but not limited to the use of bulletin’ boards, the distribution of printed materials, or petitions the wearing of buttons, badges, and other insignias, the right of expression in official publications . . . ”

Although students are allowed to write about controversial topics, they must maintain one-hundred percent accuracy on their pieces as professional journalists are obligated to do. They must fact check multiple times so that the information they are outsourcing to others is not “fake news.”  In order to capture everyone’s point of view, they must reach people in our community that have differing ideas so that the reporting remains well-rounded and unbiased.

Today there is a serious attack on news media and the press in general. We have a president who constantly calls liberal media “fake news” and refuses to answer questions from reporters or media outlets he distrusts. He has even encouraged his supporters to verbally assault specific reporters, calling them “unpatriotic,” insulting them and attacking them. He has even gone as far as to call them the “enemy.”

“It’s problematic and a little embarrassing, to have to insist that we, the press are not the enemy of the American people,” stated the writers of The Long Beach Post, August 16, 2018.

When the President of a Democratic society starts to attack the foundations that the country was built on, it can destroy that society.  If our civil liberties, like those assured by the First Amendment (freedom of religion, speech, press, assembly, petition the government) are threatened by those in power, the scale will tip and become unbalanced.It is worrying when a person in power cares more about his own ego than the rights of the people who put him there.

“Journalists are trying to do a job. We’re not trying to tear down our nation. We’re trying to strengthen it. For we believe in the foundational premise behind the First Amendment— that our nation is stronger if its people are informed.” (The Mercury News and East Bay Times; San Jose, CA, August 15, 2018)