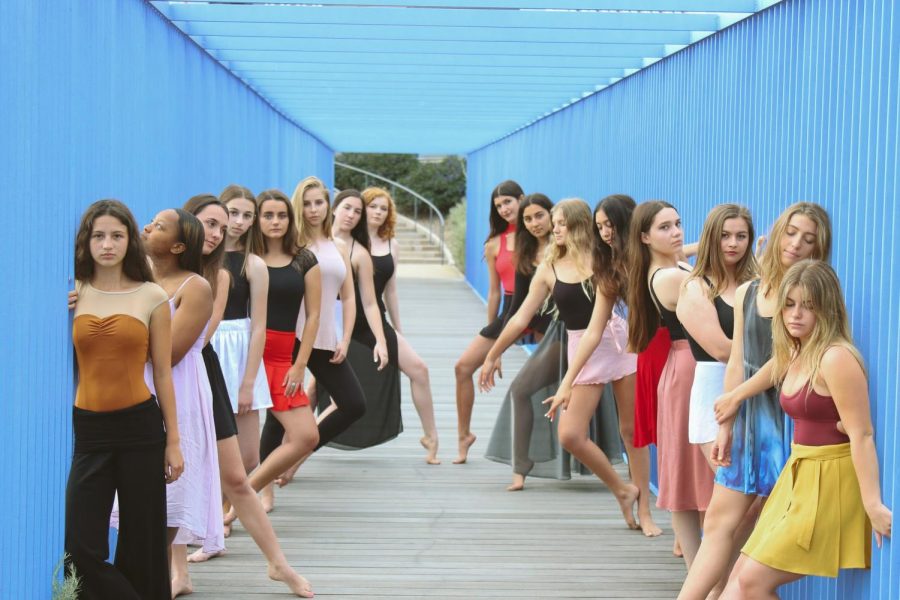 This year’s Dance Company performed for the last time together in Move, the final show of the year. Many performers have experienced four years of dance together in the program.

The LBHS dance program put on their final show of the year, Move, on Thursday, April 26. The show ran for one weekend and closed on Saturday, April 28. Unlike the winter concert, the spring concert included all four levels in the production from beginning to pre-professional: Dance I, Dance II, Dance III and Dance Company. There were 28 dances in total, including a mixture of class dances, student-choreographed solos and duets and after-school pieces led by professional guest choreographers Auti Kamal, Brandon Reyes and Joey Navarrete. The Beach Boys, always a highlight of the spring dance show, also made a guest performance.
“The theme of this year’s concert was inspired by the main component of our artform—the human body. Not only can we physically move, but we can be emotionally and/or intellectually moved. All of the pieces in our concert have a connection to this idea of movement. I hope by the end of the concert, others feel inspired to move,” said dance director Estee Carrizosa.
For some of the dancers, it was their last high school performance. Dance has played a large role in most of their lives, whether creating lasting friendships or providing an outlet for creativity. This last production has meant a lot to the departing seniors and the friends they’re leaving behind.
“I have been dancing with the dance program for three years now; it became a huge part of my life. I met so many amazing people and got to know Ms. Carrizosa better—she’s the most inspiring person I know. Move was my last dance concert, and I never knew I would be this sad to see it come to an end,” said senior Mila Kellam.
Ms. Carrizosa and her dancers have been through a long journey together these past four years. They supported each other through Ms. Carrizosa’s personal battle with breast cancer last year and in the absence of the former assistant dance director Samantha Gardner, who recently accepted a job at Portola High School as the director of dance. It’s sentimental to see your seniors leave and go on to bigger things, and this year it is especially so.
“It was definitely weird knowing that I was dancing on that stage for the last time after four years in the dance program,” said senior Nova Wassman. “The trio I was in alongside Makena Augenstein and Akansha Shukla, who are also seniors, was emotional for me because we have all grown together from the beginning of high school; it was symbolic of our bond and how much we’ve developed as dancers.”